Today, we continue counting down the decades. Not to worry, we only have a few more to go. If you would like to see what my readers think about this decade, please click here.

I haven’t seen very many films from the 1970s. No, I haven’t gotten around to The Godfather yet. Haven’t watched One Flew Over the Cuckoo’s Nest, either. I haven’t even seen Alien! But I don’t feel that bad about my list, considering that Dirty Harry is all the way down to #10.

Too cute? Maybe. But its optimism, energy, and flamboyant refusal to take no for an answer make it something special. Throw in Richard Dreyfuss (in one of two great 1977 performances) and the adorably sharp-witted Quinn Cummings, and The Goodbye Girl is an all-decader.

3 Women is interesting, to say the least. Although the visions of painted Star Trek villians didn’t quite work for me, I thought it was sneakily moving and utterly fascinating probe into the meaning of identity. Duvall and Spacek give great performances… Rule, Fortier, and others are fine, too. 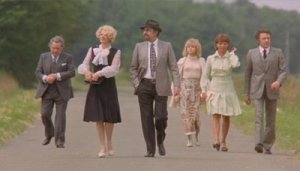 7. The Discreet Charm of the Bourgeoisie

If you’re anything like me, The Discreet Charm of the Bourgeoisie might confuse you a little bit at first. Satires of events that happened and people that existed 40 years ago are a little hard to get, especially if you’re only 16. But great movies are timeless, and while bits of Discreet Charm require some knowledge, most work regardless. The film has a discreet charm of its own, and once you’re drawn into it, you can’t really escape. A second viewing is suggested. 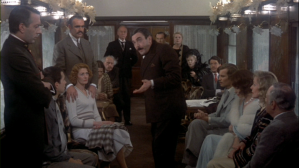 6. Murder on the Orient Express

I’m a total sucker for a good murder mystery. I’m also all-in on the pre-Garry Marshall star-studded cast idea. There was recently a remake of this film with David Suchet in the Poirot role. I usually love Suchet, but the movie failed because who ever wrote it tried to change Poirot too much. Poirot never changes, and is therefore never the most interesting thing onscreen. Murder on the Orient Express nails everything else around him.

5. Close Encounters of the Third Kind

One day, I’ll make a list of all the pop culture I didn’t like after my first taste, and Close Encounters of the Third Kind will be on it (along with The Office and Beyoncè). But (like The Office and Beyoncè), I came around after I saw it the second time. I’ve since seen it three more times, and it always feels new. Richard Dreyfuss stars with the aforementioned second great 1977 performance, but not the one he won the Oscar, BAFTA, and Globe for.

When I talk about the difference between favorite films and best films, Taxi Driver is one of the examples I think of. It’s not a film I’ll watch for a fun Friday night in, but I recognize and enjoy its brilliance in the right setting. Robert DeNiro gives his all-time greatest performance (we can discuss Raging Bull later), and I love the surreal, but wholly believable, ending.

I am a nerd. This is my justification. 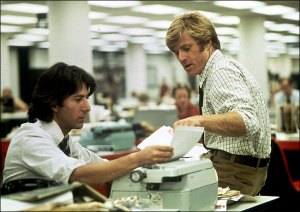 2. All the President’s Men

This is easily one of my favorites. That might be because I have ambitions of (potentially, maybe) becoming a journalist some day. (Or maybe I’ll keep my options open. What does a degree in mass communications mean? And what if a school offers me a full ride but doesn’t have film studies, you know? Life is hard.) Anyway… All the President’s Men is definitely brilliant. It’s got a thrilling, strong story, and it’s populated with great performances. But maybe some folks don’t agree? (My readers gave it -1 points in the final round of 70s’ best voting last fall.) Why is that? I’m ready to defend it.

It’s hard for me to accurately pinpoint why I love this movie so much. But this is easily one of the best 10 I’ve ever seen. 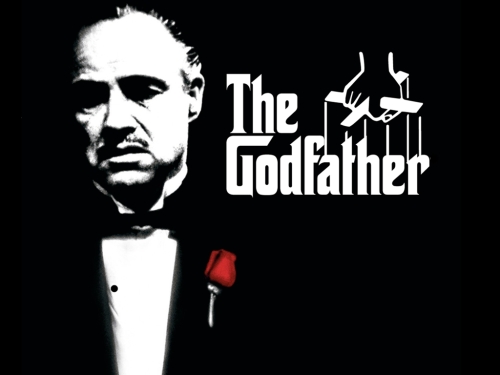 It wasn’t even close.

I didn’t vote because the 1970s is the decade in film that I am least familiar with. I’ve only seen 24 movies from that decade. But I’m glad we chose the 1970s, all the same. I’ve learned about films I had never heard about before.

Dog Day and Jaws finished with 6 a piece, The Conversation had 5, and Amarcord had 4. Being There and The French Connection tied for 10th with only one point each. Annie Hall and All the President’s Men were deemed the worst out of this group by you, each getting -1 points. (That shocked me for All the President’s Men, probably my favorite movie out of that decade.)

These were the movies that weren’t great enough, but also not “just good”/average/bad enough to be mentioned… the following are movies you guys left off:

It was a very successful polling process, and next year we’ll do another decade. Thanks so much for all of you who participated! Your thoughts?
29 Comments

Okay, this will be the last elimination before the final vote. Choose wisely!

Okay, so maybe we haven’t reached that manageable number yet, but we’re getting there. This time, pick the 20 worst.

Okay, a few movies have been eliminated. Now, pick the 15 worst films… again!

Okay. Sorry for the confusion last round. I’ll be clearer this time. Please vote for the 15 movies you believe to be the worst on this list. The 15 with the most votes will be eliminated. The poll runs until Friday October 7th. Thank you!